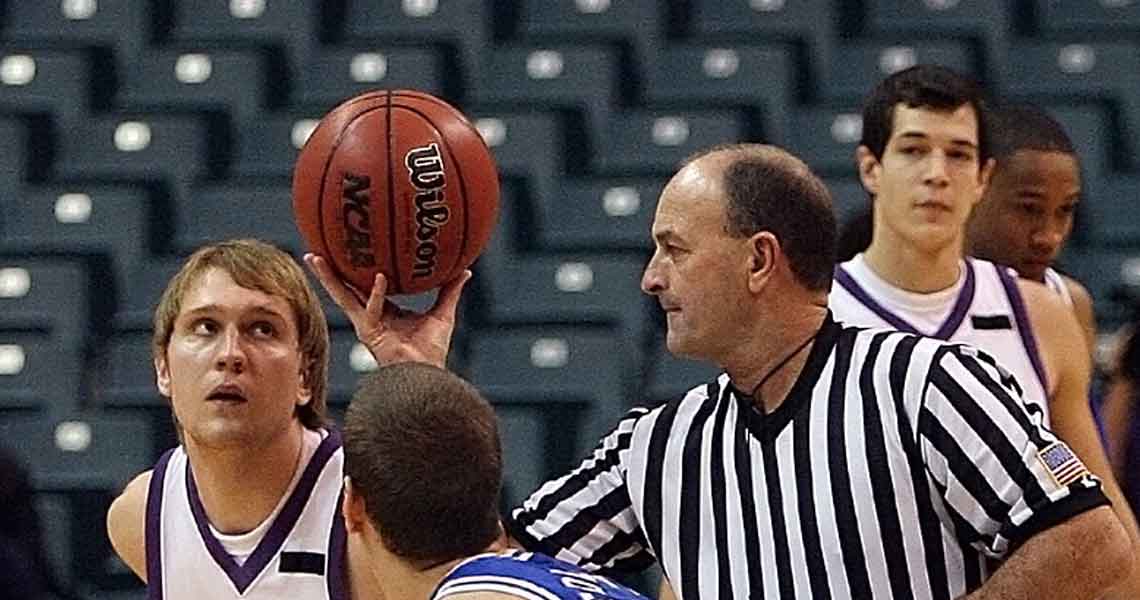 Can someone please explain why you would possibly have a passing back rule when you have a 24 second shot clock? Come on FIBA, use some common sense here! All it does is catch out some poor guard when pushed by the defence and puts his toe on the line.That’s not how it was intended. Back when there was no shot clock, some teams would “FREEZE“ the ball for minutes. The term “FREEZE“ really no longer exists, because the best way to protect a lead is to score. They ditched the Freeze and they should ditch this rule. Score out of 10 for a stupid rule – 9

Another really bad rule. It is totally in favour of the defence, stops creative offences, results in poor shot selection, rushed shots and individual rather than team play, a style that then reflects in Junior grades. The 30 second shot clock provides a much better game to watch. For example: have you ever before seen so many air balls as you see now?All due to rushed shots! Stupidity Score – 8

Again this rule is totally in favour of the defence. What was wrong with 10 seconds, again with a 24 second shot clock, do you need a backcourt time limit at all, just puts more pressure also on the Referees. Personally, if the offensive team wants to waste their entire 24 seconds in the back court, let them as that would be a recipe to lose and it doesn’t stop them from being fouled and sent to the free throw line. Stupidity Score – 8

INTENTIONALLY THROWING THE BALL OFF AN OPPOSITION PLAYER

This is one situation that really irks me, the player is going out of court in mid-air and intentionally throws the ball off of the closest opposition player. Not only dangerous, but the player is intentionally throwing the ball out of court. Surely a player could be seriously hurt by this especially if they cop the ball in the privates when it is thrown with such force. This is a situation which should be eliminated from the game. If it occurred in another game phase, for example, in mid-court, it would be deemed an intentional foul and probably be reportable. Stupidity Score – 7

Nothing annoys me more than seeing a player who cannot defensively contain a good offensive player resort to playing outside the rules and illegally holding and fouling the player, with on most occasions, the game referees totally ignoring it. Some players develop this style when they are not capable of playing good defence legally, even holding the offensive players singlet and wrapping their arms around them to stop them cutting. To me, the referees need to call this every time and not ‘sometimes’ and should eliminate it from the game completely. It greatly detracts from the spectacle. Stupidity Score – 9

We call it Intentional, in the USA they call it Flagrant and have,I think,3 different levels, each with different penalties applicable. In the worst case in the USA, the player can be ejected, but I don’t think the US system caters for the soft but intentional foul such as the defence player wrapping his arms around the player heading off on a fast break for a certain two points. Along with many other rules some commonality would be good. Intentional or Flagrant, it’s not good basketball and can be quite dangerous. Stupidity Score – 9

I still do not understand why they changed this rule, which is surely a detraction of the game. The old rule rewarded good effort and Jump Balls had their own strategy devised around each jump ball depending which players were involved, just as they do for out of bounds situations. The current rule rewards poor play and lack of effort, as 50% of the time you still get possession. The Europeans have ditched it and gone back to the Jump Ball, FIBA should do the same. Stupidity Score – 9

There has never been a rule that has had such poor interpretation as this one. Can you tell with absolute confidence which way the referee will call it because I sure as hell can’t. Is it blocking or is it charging, did the defensive player have his feet planted or not. Did he move his body at all? They desperately need to make this rule more certain and to take the guess work out of it. As one famous coach said after some ten charging fouls were called in one game, I didn’t realise that we had such great defensive players, and I still don’t. As for the Flop when someone breathes on the defensive player, that should automatically be a No call. Stupidity Score – 7

I think that one thing that really confuses the novice spectator is the really soft calls that some referees seem to delight in making, a symptom of them never having played the game. A good referee in comparison allows the game to flow and will let a call go if it has no impact on the game. Come on referees, they are big boys, let them play. Incidental contact is often just that, incidental, and has no effect on the game, let the game flow. Annoyance Level – 9

I remember a famous footballer in Adelaide who was also a Basketball Commentator saying, “I don’t know why you bother playing the first 38 minutes, because the game is always decided in the last two minutes”. This is probably true. That last two minutes also sometimes lasts as long as the first quarter. The frustrating thing is when the team that is down by ten points continues to foul as soon as the leading team gets possession and puts them on the foul line hoping that they will miss. So is that foul Intentional, of course it is. Personally I would have two free throws after 5 fouls and two free throw and possession after 8 fouls.You should not be able to win a game on Intentional fouls, but try and find a referee with the courage to call it? What about the player pressing madly when down by ten points and only ten seconds left, now that is stupid, the “Fat Lady” has already sung.