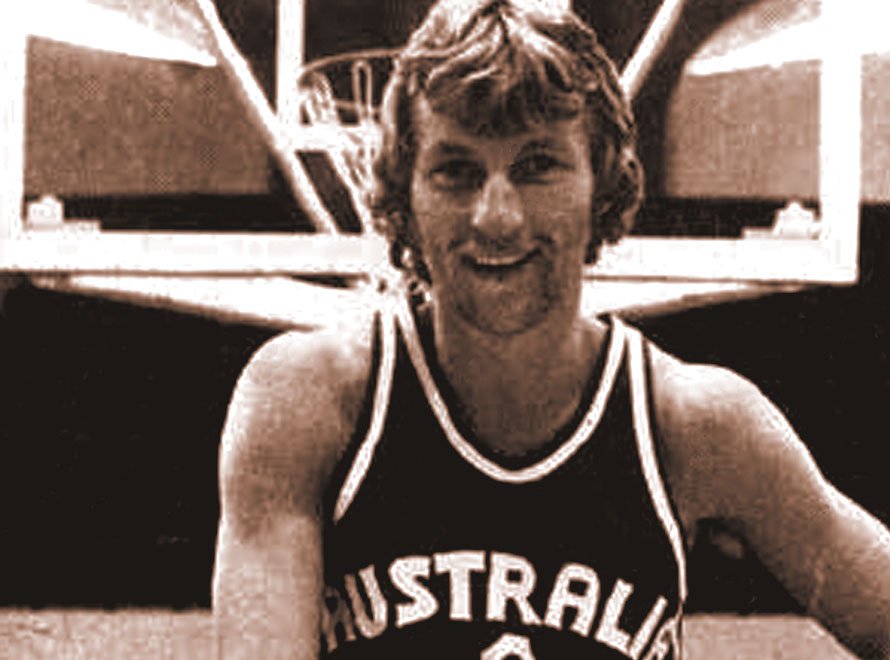 ( The Lithuanian Legend, The Canberra Cannon, The Shooting Star )

I first saw Eddie, when I played for Sydney YMCA against Canberra in a 1970 South East Conference game in Canberra.

Canberra were coached by Ron Harvey and Eddie did not hit the Court.

Six weeks later we played St Kilda in Melbourne and Eddie who had just before then moved to Melbourne, hit 35 points and dominated the game. A true Basketball Star was born and Eddie seemingly exploded from nowhere onto the Aussie basketball scene.

St Kilda were coached by Ken Cole, who had obviously seen something in Eddie that Ron Harvey hadn’t , and was able to work with Eddie’s considerable self confidence and let him loose on a lot on unsuspecting opponents, much to their demise.

“ What were you thinking Ron Harvey “

Charlie never started with the same five, carefully analysing the opposition and picking his first five to exploit the opposing teams weaknesses, but along with everybody else, had no idea what to do about Eddie.

Edward Sebastian Palubinskas was born in Canberra in September 1950 to a Lithuanian father and Russian mother and shone at all sports that he played before discovering basketball at the age of 14.

Eddie was a very gifted athlete, standing 6’2” tall, an excellent shooter with an outstanding leap, he was truly in a different league to those around him.

I truly saw him in one game shoot a jump shot from the baseline just outside the keyway and his leap was so high, that he literally was shooting the ball downhill, I swear.

His interest in Basketball developed  when Paul Brettell ( part of the famous Brettell Basketball family from Cootamundra ) joined the staff at Narrabundah High School and began coaching the school basketball team.

Paul was a NSW senior state team member and brought a real professional approach to both the team and the players and was able to motivate and spark Eddies enthusiasm and desire to make the most of his enormous natural ability and his basketball opportunity, Eddie didn’t waste it.

A lot of players have very high self confidence,  but very few can ever back it up like Eddie could.

At age 15, Eddie’s Lithuanian father arranged for him to play for the local Lithuanian team in Canberra, Vilkas and drove him to their games.

It was not long before he became the teams leading scorer, something that he would then achieve regularly, no matter where or for whom he played.

Following his move to Melbourne, his development and improvement was very, very quick, as Eddie then exploded onto the basketball scene in Australia and was named – Mr Basketball Australia, that same year.

They stopped Melbourne Church’s dominance in Victoria and would be extremely difficult to beat in todays NBL, what recent NBL team has had 5 Olympians ?

Following his outstanding season in Australia in 1970, Eddie accepted a College Scholarship to the USA with Ricks Junior College ( Now BYU – Idaho ) in Rexburg, Idaho, where he led the nation with a free throw percentage of 92.4, before transferring to the Division One School Louisiana State University, coached by the legendary Dale Brown , averaging 18.6 ppg and being selected in the All- SEC Coaches team.

He represented Australia at the 1972 Olympics and was the second leading scorer for the entire games,

Behind Masatomo Traniguchi from Japan with 23.9 ppg, with Eddie scoring a total of 190 pts in 9 games at an average of 21.1 ppg, with a highest score of 28 against West Germany, again remember no 3 pt line.

Eddie was very well known in Louisiana from his College days.

In 1974 Eddie again represented Australia at the World Championships in Puerto Rico and this time finished 3rd overall in scoring with 24.6 ppg with a highest score of 39 against the Philippines, behind 2 Mexican players, his old nemesis Arturo Guerrero with 27 followed by Manuel Raga with 25.8.

Surprisingly Mexico with the leading 2 scorers did not finish in the medals.

Although he was drafted, he did not actually play Pro Ball and so was still eligible to play for Australia.

So Eddie was selected for his 2nd Olympics at Montreal in 1976 and produced most probably the highlight of his Basketball Career, leading the games in shooting with 31.3 ppg with a lowest score of 26 against Cuba and a highest score of 48 against Mexico in overtime, which Australia won 120-117.

The game against Mexico was an absolute gunfight with Eddie going head to head with all guns blazing against Arturo Guerrero, with Arturo scoring 40 pts to Eddie’s 48.

In that game against Mexico, Palubinskas was “ possessed “ scoring the last 13 pts in overtime and shooting a remarkable 83% ( 20 from 24 ) from the field and 100% from the stripe.

Coach Lindsay gaze was both amazed and frustrated by Eddie.

Coming from the very conservative style of play he learnt under Ken Watson, he was totally unsure of what to make of the unbelievably talented and self confident player who always seemed to deliver – but then along came another player called Andrew and Lindsay was changed forever.

How can you criticise  Eddie when he just continues to produce, even if it is against every basketball principle that you have ever held.

I think that it is very strange indeed that Eddie never got to play in the NBA, considering his enormous skill set and the numbers that he continually put up, there is absolutely no comparison between Eddie and some of the Australians that have since played NBA.

Certainly there were a lot less teams in the NBA then, but with all due respect, there is no comparison between Eddie and say Matthew Dellavedova or Ryan Broekhoff for example.

To be blunt, neither of those two named could hold a candle to Eddie Palubinskas.

His many achievements include –

Since 1976, he has primarily lived in the USA and has been involved in coaching at all levels, firstly as an Assistant at BYU – Hawaii, before going back to his alma mater at LSU.

Following LSU, Eddie had 4 years as head Coach at Central Private High School in Central City, Louisiana before becoming an Assistant with the LA Lakers, primarily to help get Shaquille O’Neill above 50% from the Stripe, that became a continuous work in progress.

He then forged a career in consulting with other NBA and WNBA clubs to help their players with shooting, including from the line.

He also made quite a name for himself winning numerous shooting competitions that were held around the USA. Even though he was much older than all of his competitors, Eddie showed that he had not lost his shooting touch and you needed to be pretty darn good, to knock him off the Rostrum.

Included in all of that were numerous shooting records such as –

I actually bumped into Eddie at the Business Exhibition at an NCAA Final Four Weekend.

He was there promoting his painting business, yes he is also a very talented artist and designed and painted Basketball Courts as well as Custom Built Motor Vehicles.

We had quite a long chat, I of course remembered him vividly, but although he was very pleasant, I am sure that he had absolutely no idea who I was. I listened intently whilst he told me all about himself, most of which I already knew –  he hadn’t lost any of his self confidence.

However, he will always be remembered as a truly great player and an absolutely outstanding shooter in Australia’s rich basketball history.

Eddie Palubinskas was inducted into the Basketball Australia Hall of Fame in 2007.

“ Ron Harvey what were you thinking “