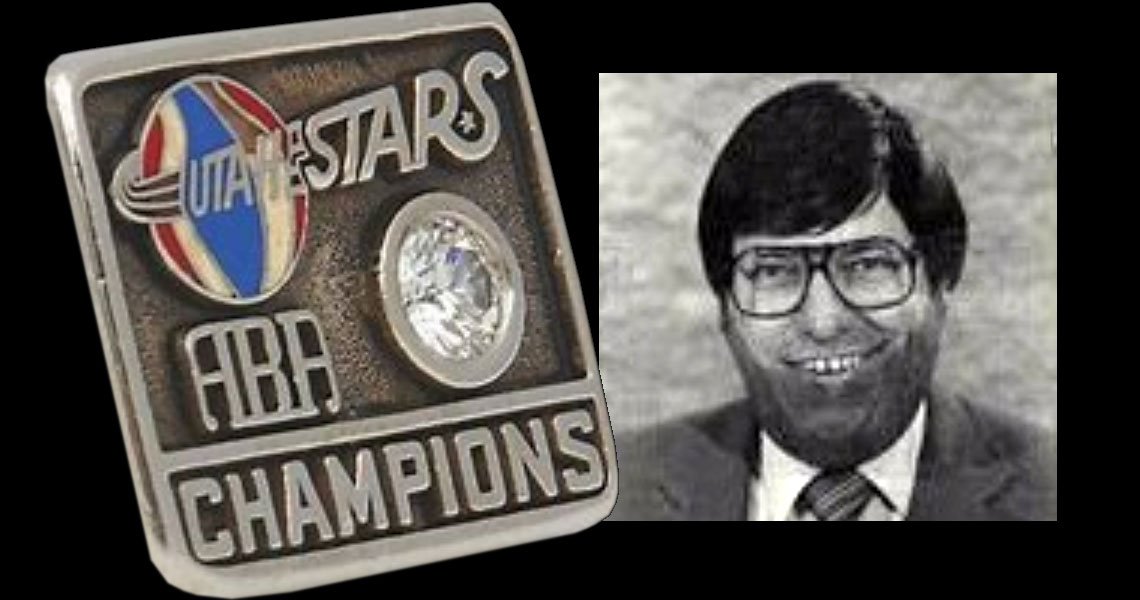 Received this really interesting article from my good friend DR David Adkins about Larry Creger, a basketball journey man who most people would have never heard of.

A fellow Iowan and associate of David, Larry started his NBA career as an assistant coach with the Utah Stars under Head Coach Bill Sharman, the Boston Celtic player and NBA Hall of Famer , after just 5 years experience Coaching High School Basketball in his native Iowa. The numer of great NBA players that he Coached and influence is truly amazing.

He also had a huge influence on Nick Nurse the Championship winning Coach of the Toronto Raptors. Larry is now 87 years of age living in Ottoumwa. Enjoy the read

Larry was an assistant coach (under Head Coach Bill Sharman) in the ABA with the Los Angeles Stars beginning in 1968 (which became the Utah Stars in 1970) and later in the NBA for the Los Angeles Lakers. Coach Sharman and Coach Creger led the 1970-71 Utah Stars to an ABA Championship which caught the attention of Jack Kent Cooke, Laker owner. When Bill Sharman left the Stars the following season (1971-72) to become the Head Coach for the Lakers, Sharman asked Larry to follow him to Los Angeles to serve as the assistant coach for the Lakers.

Larry refused to “break his contract” with team owner Bill Daniels and the Stars as he had 2 seasons remaining on his contract, and instead Larry opted to join Sharman in Los Angeles with the Lakers beginning with the 1974-75 season. Once in Los Angeles and again coaching with Bill Sharman, Larry served as Sharman’s Assistant Coach (with the Lakers) until Bill was forced to retire from coaching professional basketball due to an extreme case of laryngitis. Unlike in today’s game, back in the ’60’s, ’70’s and early ’80’s each professional basketball team used to have a Head Coach and usually just one Assistant Coach (sometimes two.)

Larry was also instrumental in the drafting & signing of Moses Malone to play for the Utah Stars. Malone was the first-ever high school player drafted to play professional basketball.

The original summer pro league concept was to create an environment for returning players to work on their game as well as to give an opportunity for unsigned players to “show their stuff.” Larry ran the league from the mid 1970’s until he sold it in 1992.

Larry currently resides in Ottumwa, Iowa with Darlene, his wife since 1955. Larry and Darlene have two children, four grandchildren and four great grandchildren

Update on Larry Creger – Note: From Dave Adkins
Iowans Nick Nurse, NBA Champions; Bill Fitch, Naismith Hall of Fame college and NBA coach. But Larry Creger with only Iowa high school coaching experience, carved out an NBA career. Before Nurse and Fitch. He has had an amazing journey in the basketball. August 20, 2019

My wife, Geneva and I spent a couple of hours with Darlene and Larry Creger in their apartment in Ottumwa today. We had a great talk about the Larry’s most unique career – like one a several million. I reminded him that I had introduced him to Nick Nurse, then a small college coach, in 1992 at the summer league which Larry and Darlene Creger ran at Long Beach State. Larry is from Truro, Iowa and Darlene from Bloomfield.

I recalled seeing Larry at Iowa State HS Basketball Tourney games in the coaches hospitality room in the 1960’s. He had coached at Clarian, Iowa and Lattimer-Coulter before moving to Southern CA in the early sixties. They moved to Azuza, then Walnut – where he met Bill Sharman while playing golf. Bill, who was a Hall of Fame NBA player with the Boston Celtics and ABA-NBA coach, offered Larry a job as an assistant with the LA Stars of the ABA which he accepted in 1968-70. Having had no college or pro coaching experience, only small Iowa high schools, when he joined Bill Sharman on the bench with the LA Stars, and later with the Utah Stars and LA Lakers.

The NBA summer League was held at Long Beach State, Loyola and in San Diego. Darlene Creger said coaches from Mexico stayed with them in their home and she prepared dinner for 12 after they returned at 11 pm from SL games. He sold the LA Summer League in the 1990’s after creating it with his wife, Darlene, in 1975, as a “Ma and Pa” operation. She did the books, ran the concession stands, and entertained the coaches in their home. They settled in Culver City.

Larry is a graduate of Truro High School (1950) and Simpson College (1954) and Darlene a graduate of Iowa Methodist School of Nursing and Bloomfield High School (1950). In the summer of 1992, Nick Nurse, who was coach at Grand View in Des Moines at the time, traveled with me to Long Beach State U. where Larry Creger was running in LA Pro Summer League. I introduced Nick to Larry and we three Iowans had a good chat about basketball. We were standing in the balcony of the LBSU gym and Larry pointed out a young player involved in a game down on the court. Larry said, “He’s skipping college and going directly to the NBA. His name is Kobe Bryant.”

Since Nick’s rapid rise through the coaching ranks, it should be mentioned that on our trips to LA, SLC and Phoenix to NBA pre-draft tournaments that he made the decision to coach professional basketball instead of college. Great decision, of course, with his Toronto Raptors winning the 2019 NBA title in Nick’s first year as head coach and on course for a long, successful NBA career.