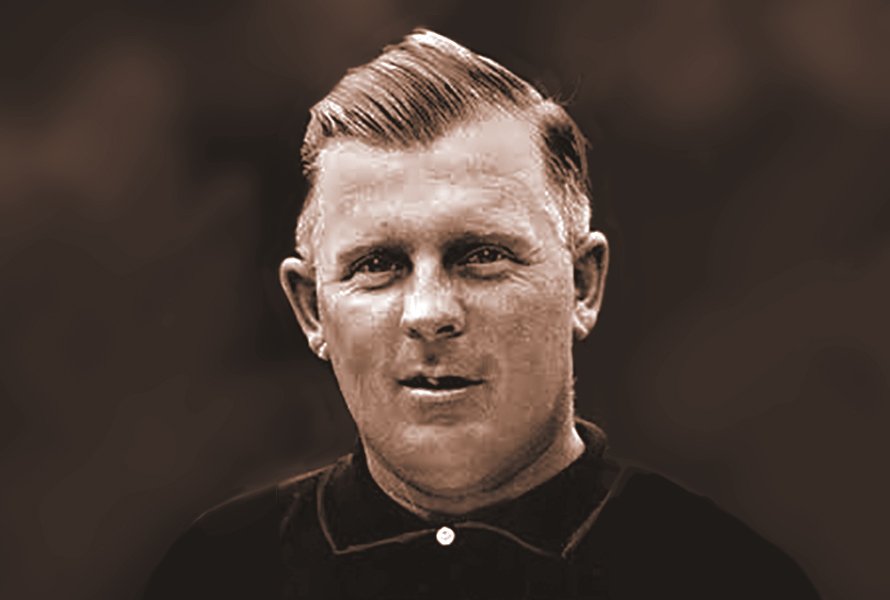 If you were asked who were the most talented and gifted Golfers to have ever played, then you would trot out the names, Jack Nicklaus, Arnold palmer, Gary Player, Tom Watson, Nick Faldo, Lee Trevino, Peter Thomson, Greg Norman etc, but all of these legends knew of, or had met, or had played with a man that most would agree, was most probably the best ball striker and straightest hitter of all time.

He wasn’t called “ Pipeline Moe “ for nothing. Some would say he was a golf freak, but his strange personality traits would prevent him from being able to enjoy a long successful PGA Tour career that his ability suggests that he should.

Such was his accuracy and his ability to consistently hit shot after shot perfectly straight, that he earned and deserved that nickname “ Pipeline Moe “

Who Is Moe Norman?

So who is Moe Norman you might well ask, for I am sure that most Golfers would not know the name or anything about him.

Murray Irwin Norman or “ Moe “ was born in Kitchener, Canada on July 10 1929 to a family of modest means in a small house in a working class suburb and was a very unusual child, struggling with bullying, making friends and acceptance at school, something which continued throughout his life.

He found it extremely difficult getting along with the other children at school, as well as his own  family members.

He was eccentric to say the least, really struggled academically in all subjects, except in Mathematics, where he was a prodigy, is this starting to ring some bells. He was also blessed with an exceptional memory especially facts and figures.

That meant that he was an excellent Cribbage player, being able to remember the cards, is it now ringing more bells.

Being a small and slightly built child, he was not suited to contact sports and so devoted himself to golf, which was perfectly suited to his obsessive personality, allowing him to spend virtually all of his waking hours practicing to improve his ability and then developing his most unusual swing.

He initially started out caddying at quite a young age at his local Westmount Club and from his earnings, was able to purchase an old 5 iron from a club member, paying it off at 10c a week.

He wore bright colours, making people think that he was colour blind, and he would also mix stripes with plaids, which was not a good look and his teeth were literally a Dentists superannuation plan.

Moe was no fashion item.

He always wore long sleeve shirts, buttoned up to the neck, even in the middle of summer, his pants never seemed to fit properly, he was somewhat of a “ Harry High Pants “.

He also had some infuriating habits, one of repeating himself when speaking, saying every sentence twice and of playing so much faster than his playing partners that he would sometimes lie down on the fairway waiting for them to catch up.

He spoke very quickly and with a high pitched voice.

At one Pro Tournament, he hit off the 1st Tee whilst the announcer was half way through introducing him.

He never had a golf lesson and taught himself to play, which resulted in an extremely unusual swing, which he evolved through hours and hours of trial and error.

His swing was based on a very wide stance, with rigid arms extended far from his body an upright back and minimal knee bend as well as a very limited short backswing. This very unconventional swing produced amazingly accurate ball placement, with his other golf contempories  amazed that he could even hit the ball.

But it was so effective, that in later life, many Golf articles were written about it and a lot of Club Pros began teaching his method.

He was unbearably shy, uncomfortable with strangers and had difficulty in looking people in the eye when talking with them.

His very strange stance and swing often drew laughter from the gallery, which Moe played on, overcoming his awkwardness by playing the clown to the crowd. This didn’t go down well with the Golf authorities, unlike the galleries, they were far from amused.

Moe had a massive inferiority complex,  did not liked to be touched and never married or even had a serious relationship in his life and had no interests outside of Golf except playing cribbage.

When asked to describe Moe, a Golf Digest reporter said – “ Moe was an obscure Canadian Golfer who became a cult figure for serious Golfers “. Always a bit odd to people who met him, Moe was Golf’s “ Rain Man “.

He won dozens of Amateur events in Canada, including 2 National Amateur titles, but following a run in with the Amateur body quickly turned Pro.Winners of Amateur Tournaments, couldn’t win money and so won prizes, such a Televisions, in order to earn some money, Moe would usually sell his prize.

Amateurs also participated in some under the table payments and naïve Moe was less than discreet about this practice, again the stuck up officials were not amused.

Due to his lack of funds, he often carried his own bag in Tournaments, rather than pay for a Caddie, now when have you ever seen another Pro do that.

He drove himself to Tournaments and always short of funds, he often slept in his car, utilising the Tournament Club facilities to shower, but still looked a mess. Sometimes he claimed that he slept in a bunker, I guess they call that bunkering down.

These habits resulted in him being shunned by the other pros and led to him being confronted by a group of leading US PGA players, telling him to shape up or ship out. This confrontation severely affected and demoralised him, resulting in him withdrawing from US PGA events and returning back to play almost exclusively on the Canadian Tour. He did return to play some Senior US PGA events many years later.

At one stage on the Senior Canadian PGA Tour, he won 7 straight events , tied for 5th place in the next one and then won the 9th event by 8 shots.

At one event where he did have a Caddie, he was informed that the next Par 4 hole, was a Driver and a 9 iron, so he hit from the tee with a 9 iron and then with the Driver from the Fairway to the middle of the Green. Moe liked to challenge himself.

One another occasion, when on the 18th green in the Final Round with 3 shot lead and a relatively easy putt, he intentionally putted into the Bunker and then got up and down, to still win the Tournament.

As I said, he liked to challenge himself.

Norman does not have very many close friends, but among those are Gus and Audrey Maue who have been his friends for over 40 years.

Gus was for a time the Club Pro at Westmount where Moe caddied as a young man.

Later Gus became the owner of the Foxwood Golf Club in Baden, Ontario in Canada, a place that Moe  then spent a very large part of his time.

The Maues have also through Foxwood and it’s members, helped Moe out financially.

One evening Gus and Audrey went to the movies to see Tom Cruise and Dustin Hoffmann in Rain Man.

If you have also seen it, well now the bells just aren’t ringing, they are deafening.

Audrey says a light bulb went off and she then realised that Moe was most probably Autistic, which accounted for his strange and unusual personality traits and behaviour.

One of those behavioural traits was being a perfectionist. Amongst his many outstanding golfing abilities was to hit continuous drives on the practice range from the same tee.

Every shot hit perfectly the same, dead straight and within a few feet of each other, just using the same tee, it never moved. He would hit one ball and then just place the next ball on the same tee.

On one occasion he was seen to hit well over 100 drives off the same tee, without having to adjust it.

Then when a friend hit from that same tee and broke it, he replied – “  Oh dear, I loved that tee, I’ve had it for 7 years “

Surprisingly however Moe was not a particularly good putter, mainly because he never spent any time reading, lining up, or standing over the putt. Many have suggested that if he had been more careful about his putting then he would have been far more successful.

Putting he said, was no where near as much fun as striking a good long drive.

When he won his first Amateur event at the age of 20, wearing sneakers and using a very small and old set of clubs in a bag that was falling apart, he shot 67 winning by 2 shots, but was too shy to attend the presentation Dinner that evening, so a friend had to apologise for him and accept the prize.

Moe eventually hooked up with a Chicago businessman and golf nut called Bob Kuykendall who had a Physics Major and had developed through scientific analysis a Golf swing that virtually replicated what Moe had done intuitively years earlier.

Kuykendall had formed a company called Natural Golf and after meeting for several hours, Moe proclaimed – “ all of my life I have wondered why I could do what I do with a Golf Club and you are the first person who has ever explained it to me “

This meeting changed Moe’s life, Kuykendall paid Moe a fee for the use of his name and image and together they conducted several dozen clinics every year around North America.

Moe once proclaimed to a Golf Journalist  that “ after using Titleist Golf balls throughout my career, Titleist have never done anything for me “, and being aware of what some players were paid in royalties, rightfully felt very unloved .

The CEO of Titleist Wally Uihlein heard about this, and then together with Kuykendall, arranged to meet with Moe at the 1995 PGA Merchandise Show.

Titleist then agreed to pay Moe $5,000 a month for the rest of his life. Moe was somewhat in shock and asked what he had to do for this payment, nothing he was told, take it as backpay.

For the first time in his life Moe Norman no longer suffered financial difficulties.

I understand that he repeated himself many more times than twice, such was his joy and excitement.

Moe Norman was eventually inducted into the Golf Hall of Fame, and regrettably passed away in 2004 at the age of 75 in Kitchener from Congestive Heart failure.

Sam Snead described Moe as the greatest Ball Striker ever

Tiger Woods claimed that only 2 players in History have “ owned their swings “. Ben Hogan and Moe Norman.

“ Pipeline Moe “ will be long remembered and much missed.