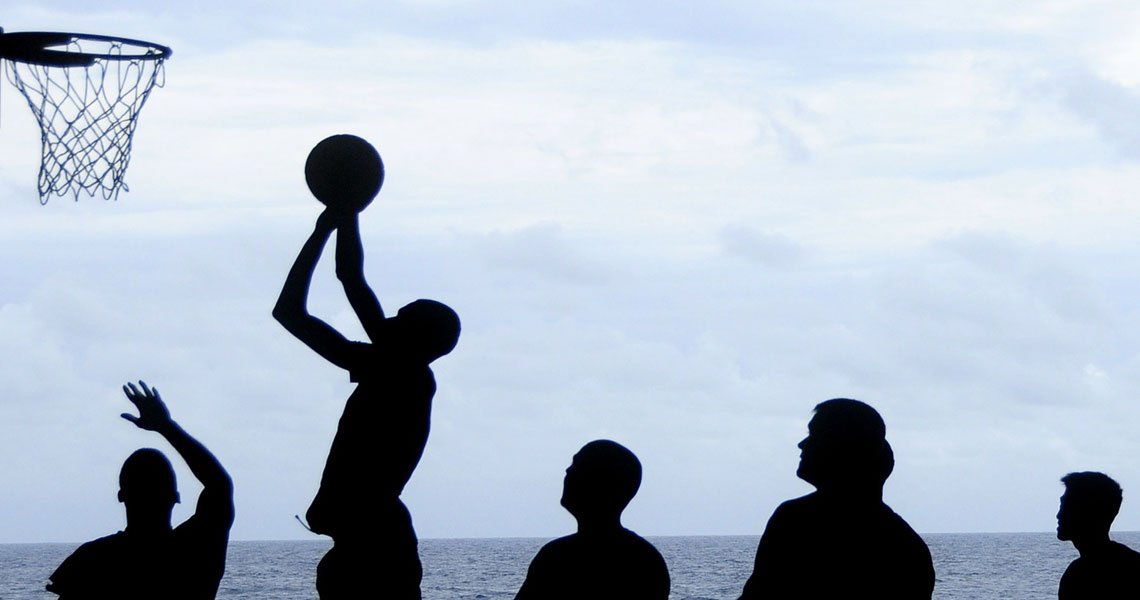 I’ve got a mate that I played basketball with for years, who was a pretty decent player. But God, he retired 35 years ago and has been continually improving and getting better every year since! Sound familiar, does this ring a bell with any of your mates?

This is a condition that I jokingly refer to as ‘THE J CURVE FACTOR‘.

Regrettably, he was a ‘Prisoner of Gravity’ and despite being 6’4″, struggled to touch the ring.

Now it seems he could dunk it two hands behind his head. You gotta laugh don’t you? It seems that he achieved and scored at levels that no one else seems to remember, like holding the League scoring record. Go figure!

He tells one story of playing against a touring USA Team, taking a rebound and then going coast to coast and dunking over their best player.

I vividly remember that game because I was there, except it was the USA Team’s best player, a guy called Jim Brewer (10 years NBA) that made that play.

We just humour our mate, we don’t wish to spoil his fantasy, but we all still love him. There are plenty that are afflicted by the “J CURVE FACTOR”.

That made me think of some other interesting anecdotes that also always make you smile.

Amazing how much energy a player can get from scoring, enough to embark on that exhilarating run back into defence usually past the score bench to make sure that the coach was watching, trying their best to look Joe Cool.

I cannot tell you how many US Player Imports lost 3 to 4 inches on the flight to Australia. I am sure you know the story, player gets on the flight in LA at 6’8″ and gets off in Australia at 6’5″. Many have also arrived clearly in the middle of rehabilitating from injury, something somehow completely overlooked by their agent during the negotiations. I remember the 36ers Orlando Phillips and Jo Jo English, both of whom had great reputations, but arrived clearly way out of shape and carrying injuries and played that way. Some seasons later, both again reported to be absolutely tearing it up big time.

The game was close and had been all game. The Stadium was packed, standing room only. Werner Linde was outstanding,45 points from memory, unstoppable. St Kilda tried everyone on him except Brian Kerle, Tony Barnett, Kenny Burbridge, Robbie Johnston and even the King himself, Ken Cole. But St.Kilda led by 3 points and Coley was fouled under the defensive bucket. Whistle, two shots, seconds remaining. Then Ken took that walk, the entire length of the court, step by step, in slow motion, the swagger was unbelievable, only Ken could do that. You could have heard a pin drop. I have seen it a few times since but never as impressive.

You have probably come across some players that everyone refers to as a Black Hole, you know the ball goes in but it never comes back out. In the old days, they were just known as HOGS. It seems to me to be very selfish and putting yourself ahead of the team unless of course it’s LeBron James or James Harden because they take your breath away and usually always make the basket. If it is a bad shot and misses, then of course, it is a turnover, so if you are going to be a BLACK HOLE, then you had better be good.

So the player gets a steal in the back court and you all know before he even gets to half court that he’s not going to pass it, he’s going to put it up no matter how much pressure he is under and you are usually right.

It’s a bit like the Black Hole and usually results in a turnover, unless of course it is Kevin Durrant or Russell Westbrook.Is anyone better on a fast break?

Throughout my playing days and having since watched this great game for many years, it has never ceased to amaze me watching a player drag his sorry arse back into defence, barely able to take another step, only to get a tremendous surge of energy when there is a sudden change of possession and he has the ball.

This totally exhausted player suddenly gets an unbelievable surge of energy and can charge down court at full speed on a fast break. It can be quite a laugh actually watching young players display this complete change in energy level.

This fast break is of course always followed up with, The Victory Run, and then the next missed shot they start dragging their sorry arse back into defence again.

When I first heard that a potential American Recruit had been drafted to a NBA Team but had been the last man cut before the Season started, I thought how sad, that must have been disappointing.

Then as the years rolled by, I thought, gosh that’s such a coincidence as it seemed that everyone you heard of that missed out was the last man cut. It got to the point where it seemed to be more honourable and believable to just say, I didn’t make it than, I was the last man cut. Of course, there have been many American Imports in the NBL that played genuine NBA time, Kevin Brooks, Darnell Mee, Josh Childress, to name but a few.

There has also been a number who went back from the NBL and then played genuine NBA time, Rick Brunson, for example.

There are also now more Imports than ever coming out after quite a successful NBA career. Maybe you can send us through your list.

There are also now more Australians than ever playing in the NBA, with that number expected to grow even higher in the coming years.

Probably it’s now a thing of the past but if you hear it, I was the last man cut, don’t give a suspicious look, just do some further research.

If you have any stories or memories like this yourself, then please send them and we’ll put them in print and up on our website.