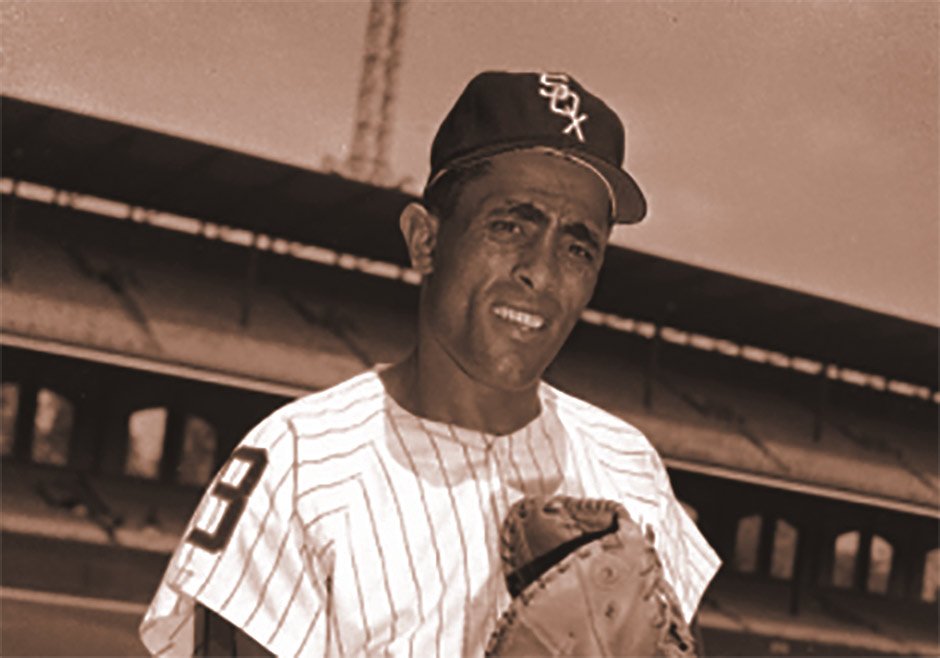 Harry Leon “Suitcase“ Simpson was born in Atlanta on 30 November 1924 and came to fame as an outstanding baseball player, who was the second Black American that followed Jackie Robinson into the Major League.

He became even more famous for being given the nickname “Suitcase“ which supposedly came about because he was traded so many times that he always had the Suitcase ready for his next move – but is that right ?

What a wonderful name “Suitcase“, it just rolls off the tongue and makes you smile, well it makes me smile anyway.

Americans are excellent at coming up with great names  –

Any way, it’s a misconception that his nickname “Suitcase“ came from being so frequently traded.

In fact it seems that he was called  “Suitcase“ in 1951, by a group of Cleveland sportswriters, where he played, after the Toonerville Trolley character Suitcase Simpson because of his size 13 shoes, feet as large as suitcases.

This was in fact before he was ever traded from his first club, the Cleveland Indians.

Apparently his real nickname was Goody, due to his willingness to help out his neighbours in his hometown of Dalton, Georgia.

Maybe this is all true, but I still like the idea of him being traded so often.

Despite all of this controversy about the origin of his nickname, the real truth is that he was in fact a very good player, with one famous Sports writer describing him as the – “best defensive right fielder in the League“. He also played first base for the NY Yankees when they lost the 1957 World Series to the Milwaukee Braves.

He was an All Star in 1956 and interestingly batted left handed and threw right handed.

In the excellent TV series Jesse Stone, starring Tom Selleck, who’s character is the local sheriff of a small North eastern coastal town called Paradise, who was a former Major League player, he has a Deputy,  Luther Simpson ( played by Kohl Sudduth ), who he anoints as “ Suitcase“, Jesse has to explain.

The fact of the matter is that there have been a number of players since, that have played for many more different teams in different sports than Harry “ Suitcase “ Simpson did.

In fact the real suitcase of Baseball is Edwin Jackson  who was traded some 17 times and played for 14 different clubs. He not only always had his suitcase ready, he never unpacked it His resume looks more like a Travel Documentary than a baseballers career. Get this, he actually played for –

There is also Octavio Dotel, a pitcher from the Dominican Republic, who played for 13 different teams and was a World Champion in 2011.

So will the real “Suitcase“ please stand up, because, it certainly ain’t Harry Simpson

What about some other sports  –

The NBA world has a Suitcase full of “Suitcases“

And the winners are !!! – eachas has played for 12 NBA Clubs

J T O’Sullivan, who played at Quarterback, was born John Thomas O’Sullivan in Burbank, California in 1979, he played for 11 different NFL teams including the Chicago Bears twice as well as the Frankfurt Galaxy twice and the Saskatchewan Roughriders .

A highly skilled and talented player, he was also part of 3 Claremont WA Premiership teams in 1989, 91 & 93, winning the Simpson Medal as the MVP for both the 91 & 93 Grand Finals.

The “Suitcase“ of the Australian NBL title goes to –

Lucas Walker , born in 1984 in Launceston, Tasmania has played for 5 different NBL Clubs, but has also played for numerous other teams during his 18 year career.

This includes winning  scholarships to  –

He went undrafted in the NBA in 2009 and returned to Australia .

The total number of teams he has played for is –

At 6’8” tall, with a very strong and athletic build, he is a genuine journeyman, who has been a starter at most of the clubs that he has played for.

He has also represented Australia on several occasions.

As I understand it, he is still contracted to the Sydney Kings.

So, there is no doubt, Harry “ Suitcase “ Simpson has been falsely accused.

Although probably when asked, 100% would agree, that he was called Suitcase because he was traded so many times, this is clearly incorrect.

There are without doubt many others, who have earned and should have been awarded that Moniker.

But in terms of alliteration, “ Suitcase “ Simpson, certainly has the much better ring to it.