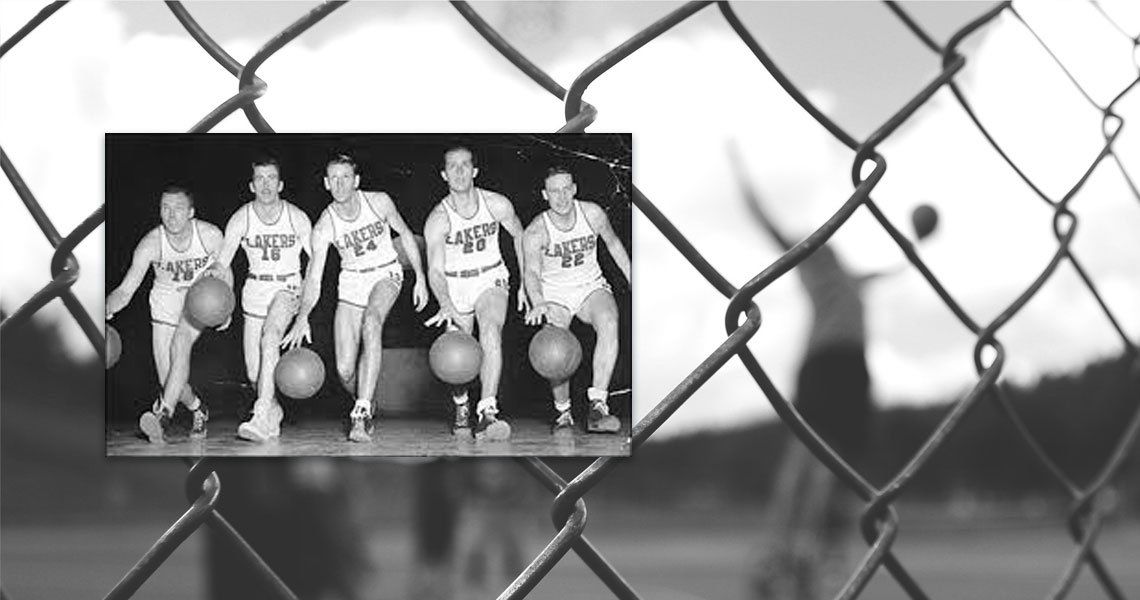 Basketball in Australia in the 50’s and 60’s was a relatively minor sport, influenced substantially by the arrival in Australia of the European Migrant intake, especially those from the Baltic States, Latvia, Lithuania and Estonia as well as those from Hungary.

Most Australians at that time started playing through their local church in either the United Church or Church of Christ Associations and basketball was usually not their number one sport.

Most churches at that time had outside courts that were used for tennis in the summer and basketball in the winter. Basketball was mainly a second sport for those players, but overtime the better players graduated to the main District Basketball Association and despite limited practice opportunities, some pretty decent players developed. A number of players graduated from the church competitions and went on to represent Australia.

There were some good quality players and good shooters playing, and Australia following the 1956 Olympics in Melbourne starting to get noticed internationally, finishing a credible 9that the Tokyo Olympics.

In the early days, it was not uncommon for players of even 6 feet to play centre.

I can remember several playing that position in the State League Competition, and they were tough SOB’s.

For those involved in Australian Basketball in the Sixties, players, coaches and fans, US Basketball was Basketball Heaven and those playing in the NBA, absolute Basketball Gods. You never got to see them only read about them and that added to the mystique. Aussie fans would buy every USA Basketball book and magazine available and meticulously pour over every word again and again.

Colleges such as Oregon State boasted 3 players who would go on to the NBA in Vince Fritz, Gary Freeman and 7’1” Vic Bartolome. Future US import, Gary Arbelbide, red shirted with OSU that year and subsequently played and coached West Torrens in Adelaide to the State League Title in1974.

Whilst travelling around Australia, these college players would be billeted amongst various families in each City. I don’t think that the future multi-millionaires of today would be very accepting of that.

The NBA then also had a lot less Teams with around only 16 Teams and 6 or 7 rounds in theDraft each year.

The bottom line is that the NBA then was significantly harder to crack, meaning that around half of the NBA players of today would not have made the NBA then. Consequently, most players finished their career when they graduated from College at the age of 22 and never played again. The game was also much different then, much more team orientated.

Sure, they had absolute Superstars then,Wilt Chamberlain who had 100 points in a game, OscarRobertson who averaged a triple double for the entire Season in 1961/62, and Bill Russell who won 11 Championships Rings with the Boston Celtics.

Basketball then was also much more of a technical and thinking game with most teams using somewhat complicated offensive patterns such as the Auburn Shuffle, Illinois Continuity, The Passing Game, Paul Westhead’s Run and Gun etc.

I am very surprised to see that today almost every team in every league including College and NBA, play every offence the high post screen and roll, and rarely does the guard get the ball to the player that rolls.

The coaches’ word was the Bible, to be totally respected and never to be questioned. Individual and team discipline was a fundamental essential. There is no ‘I in Team’ was the style, comply or find somewhere else to play.

As such, the following were required with absolutely no exceptions:

The game today is still totally influenced by the USA and the NBA in particular with juniors trying to emulate their favourite NBA heroes, but the kids today also pick up some serious bad habits.